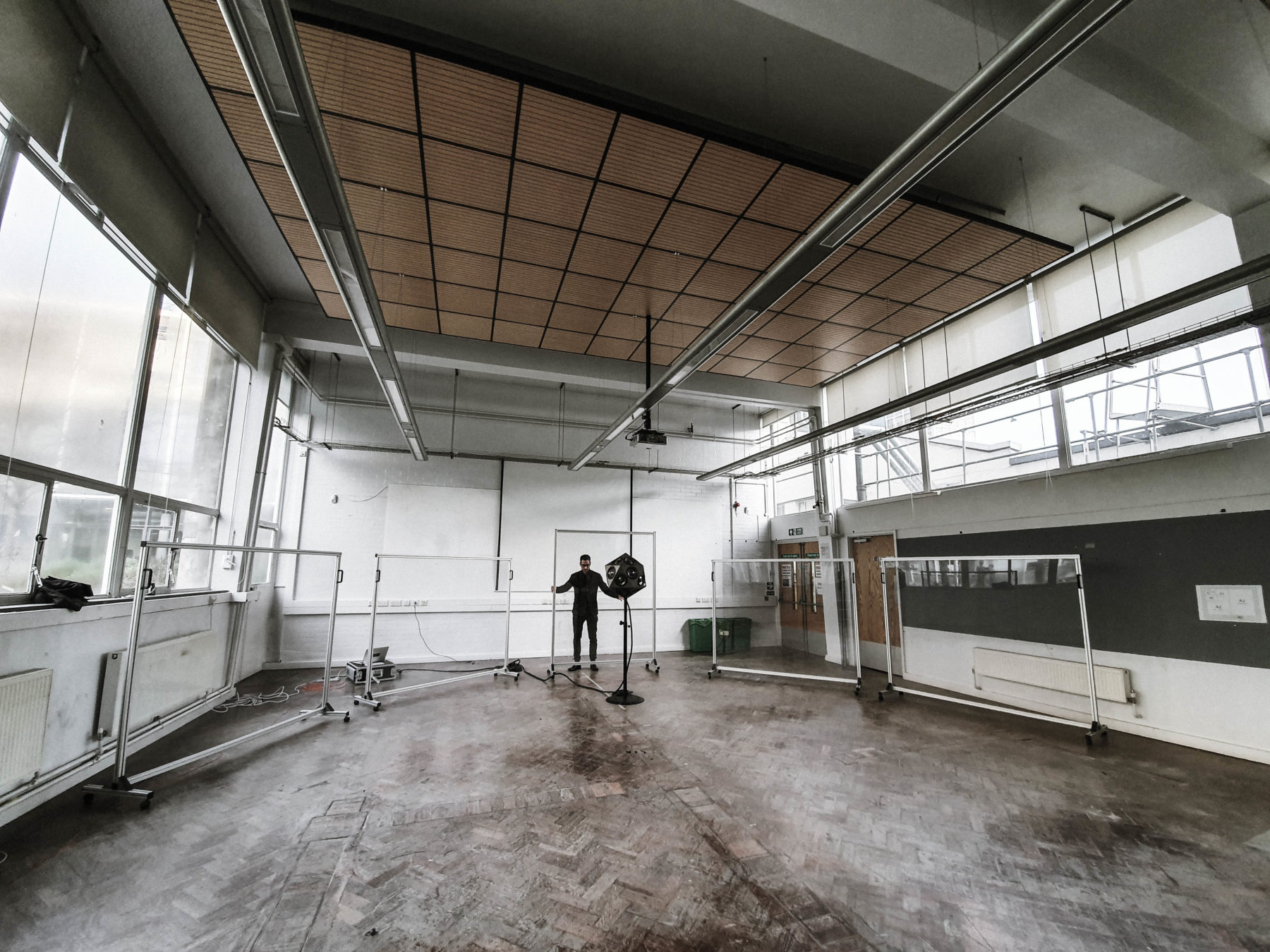 Shared Perceptual Spaces in the Sciences and the Arts

Does your work cause you to think about the space around you and how a better understanding of the spaces we inhabit and the acoustic and aesthetic properties of those spaces could lead to improvements in the way you think about your own practice?

On Friday 13th December, the Department of Computer and Information Sciences at Northumbria University, Newcastle upon Tyne, UK will be hosting a 1-day cross-disciplinary workshop, lecture and concert. This will be of interest to people involved in understanding how the space around us impacts us in our daily lives. The workshop will be led by Paul Vickers (Northumbria), Gerriet, K. Sharma (Graz, Austria), and Angela McArthur (Queen Mary, University of London). It follows on from the popular workshop on sonification and sonic interaction design for space run by Paul and Gerriet at Soundstack 2019 on 8 November 2019.

The workshop will feature the IKO icosahedral loudspeaker which generates a stunning 3D sound field. Northumbria University has the only IKO in the UK, so this will be a great opportunity to come and see what IKO can do and the collaborative research opportunities it offers.
WORKSHOP DESCRIPTION

In the broad field of electroacoustic composition and sound design we are dealing for some time now with spatial sound phenomena that not only come from a direction and head for a vanishing point in the concert or studio space. Rather these phenomena have spatial dimensions like proliferation, width, height etc. forming diverse sound masses that can penetrate, layer, move around each other and define by their properties — space itself. Thus, these phenomena are perceived by composers, scientists and audiences causing ‘something’ we call a shared perceptual space (SPS).

Spatial composition has become a subject to academic curricula, workshops and master classes internationally. It is constantly triggering the development and extension of commercial and academic software solutions for the projection, placement and movement of phantom sources, the reproduction of higher order recordings of “natural” sound fields as well as the creation of so called immersive virtual sound environments.

Moreover, as spatial computer music matures and consolidates within institutions and organizations, it is increasingly involving so-called 3D audio systems which can create auditory virtual environments (AVEs). Quite likely in the very near future AVEs will be part of many people’s everyday life, e.g. in cars, working spaces, intelligent homes, concert halls and computer games.

For the composer, the question arises as to what extent a communicable or self-explanatory composition of plastic sound objects is conceptually, theoretically and at all practically possible when faced with changing architectural space situations, different cultural spatial descriptions, and perceptions. It is therefore a matter of finding parameters for an intersubjective space for the perception of three-dimensional sound phenomena. Is there within the field of space-sound composition a space at the place of the music, where the composer’s perception in the compositional process overlaps with both the engineers’ and audience’s perception? Can at least an approximate circumference of an overlap be described? How and from which sides (linguistic, technical, artistic, etc.) can this field be approached?

In this cross-disciplinary workshop and lecture we are going to investigate different uses of the term SPS in a variety of fields as aesthetic strategies, showing that space has become one of the key aspects in all kinds of scientific and artistic, applied and theoretical disciplines. By discussing examples from music, musicology, sociology, philosophy, architecture and linguistics we are trying to extract variables that can help to formulate a perception based framework for a hybrid model of sound as space.