2009-2010
wiegenlied – a multi-channel sound installation at the representative office of North Rhine-Westphalia in Berlin.

The installation is dedicated to the acoustic characteristics and conditions of the entrance hall of the ‘Vertretung des Landes North Rhine-Westphalia’ at the Bund-Berlin with compositional inclusion of sound fragments from the federal state.

SPACE
The space is not intended to serve as a playback chamber for a ready-made composition, but rather as a sounding body to be explored and used as part of the composition. The building materials used such as glass, wood, steel, concrete, etc. play a role as well as height and ambient sounds, but also the sounds made by the users in the course of a day, such as the opening and closing of doors, steps, talks, and the dynamic of the resulting noise level. The sum of these sounds gives the space inside this building a distinctive character, a specific atmosphere that no other space has and will have. By adding the spatial-sound composition this atmosphere with its facets should not be “dubbed” or “extinguished”, but extended and interpreted.

SOUND MATERIAL
The used sounds are taken from my archive, found in the media and partly newly recorded soundtracks from North Rhine-Westphalia. Acoustic details and gestures were filtered, cut, shaped by processing and arranged in space and time according to a score derived from the dynamics of the recorded space.

MEMORY STORAGE and TIME MACHINES
Our acoustic environment is composed of unheard, sometimes unheard-of details. Nevertheless, we unconsciously perceive and absorb the most of them. Their existence, their place, and their importance as part of an experience, a mood, often only become apparent to us in the event of their failure, absence, or sudden emphasis or isolation. In this way, we form the heard world in us in more subconscious moments of perception into a consciously perceived representation of the world perceived as real.In addition to the acoustic sound, a sound also conveys information about the location, texture and shape of its source. Vibrations in the physical sense transport information about the state of their place of origin. Acoustic signals are transmitted in almost all media such as air, earth, water (airborne sound, structure-borne sound, fluid sound) and are measurable and recordable references to their sources. The recorded sounds, however, are at the same time memory storages for the one who made the recordings, and time machines for those who can connect a story with the respective sound, because one often feel “reminded” of it and mentally moves back to the place of one´s association. This recorded information can be further shaped, arranged and composed, much like moving images, only multi-layered (polyphonic), interwoven. Sounds penetrate each other and become “comprehensible” as an acoustic structure of the time as the organ of the ear, is much more sensitive than the eye.

ARCHIVE and WORLD
These references can also be found on many storage media as often unnoticed artifacts in the background of a Super 8 movie, on private VHS recordings, interviews and feature films. While the focus of these media is often on the representation of a particular visual constellation between people or buildings, the “background noise” was either unconsciously recorded or assembled to authenticate the medial composing moment. Railway noises, motorway sounds, market scenes, city sounds, the roar of a river …: these sounds are so firmly anchored in us as “world” that we would pause wondering about the change or even the absence of most of these acoustic details, because although often unaware perceived, we connect with these noises the workplace, the way to the workplace, the apartment, the environment of our apartment, the garden of grandfather and grandma, etc ..

STIMULATOR and INSTRUMENT
To play with the space six speakers are fixed horizontally and vertically and aligned. In doing so, they are understood both as “stimulators” of the existing architectural sound space and as instrumentalists who are involved in a communicative exchange at this place. The sound material was arranged in 22 verses, miniature compositions, which take up various aspects of the space-sound composition. The rhythm of the space, it´s mood, coordinate changes, punctuation, coloring, weighting, movement and staggering, as well as atmospheric differences are always reprocessed and combined in relation to the respective properties of the used material and in relation to the respective effects in the room. The dynamics of the overall sound are measured with a microphone and flow as control data into the sound producing and arranging programme. If the ambient noise gets louder, the overall volume of the installation increases proportionally, but only up to a certain limit level from which the sound retracts until the level falls below again. The compositionally intended basic volume of the work should be below an average conversation volume (3 persons) assumed for the room. In addition, there are compositional rules for the frequency of repetitions and the possibility of sequences of the verse.

PRESENCE AND ABSENCE
Thus, the installation initially reacts dynamically to the acoustic events of the surrounding space, but at the same time also becomes the formative acoustic component, since it always emerges at different points from the overall sound background, e.g. when there are gaps in conversations, mental breaks are taken or the composition of the verse exposes a certain sound that stands out from its surroundings for a moment. After each verse run follows a break of 10 seconds. (Conversely, the composition could also be described as space-sound structuring through the repetitive generation of 10 seconds silence with varying lengths of intermediate parts.) That means, even difficult-to-perceive rhythmic, tonal events in space become identifiable as part of an overall sound at the moment of their appearance or disappearance by changing the atmosphere through use or termination.  lullaby is present and absent at the same time, writes into the room, without overwriting or even illustrating it. Whether the work is a concert, an installation, just background noise or maybe is not at all, depends on the subjective listening attiude of the visitor. 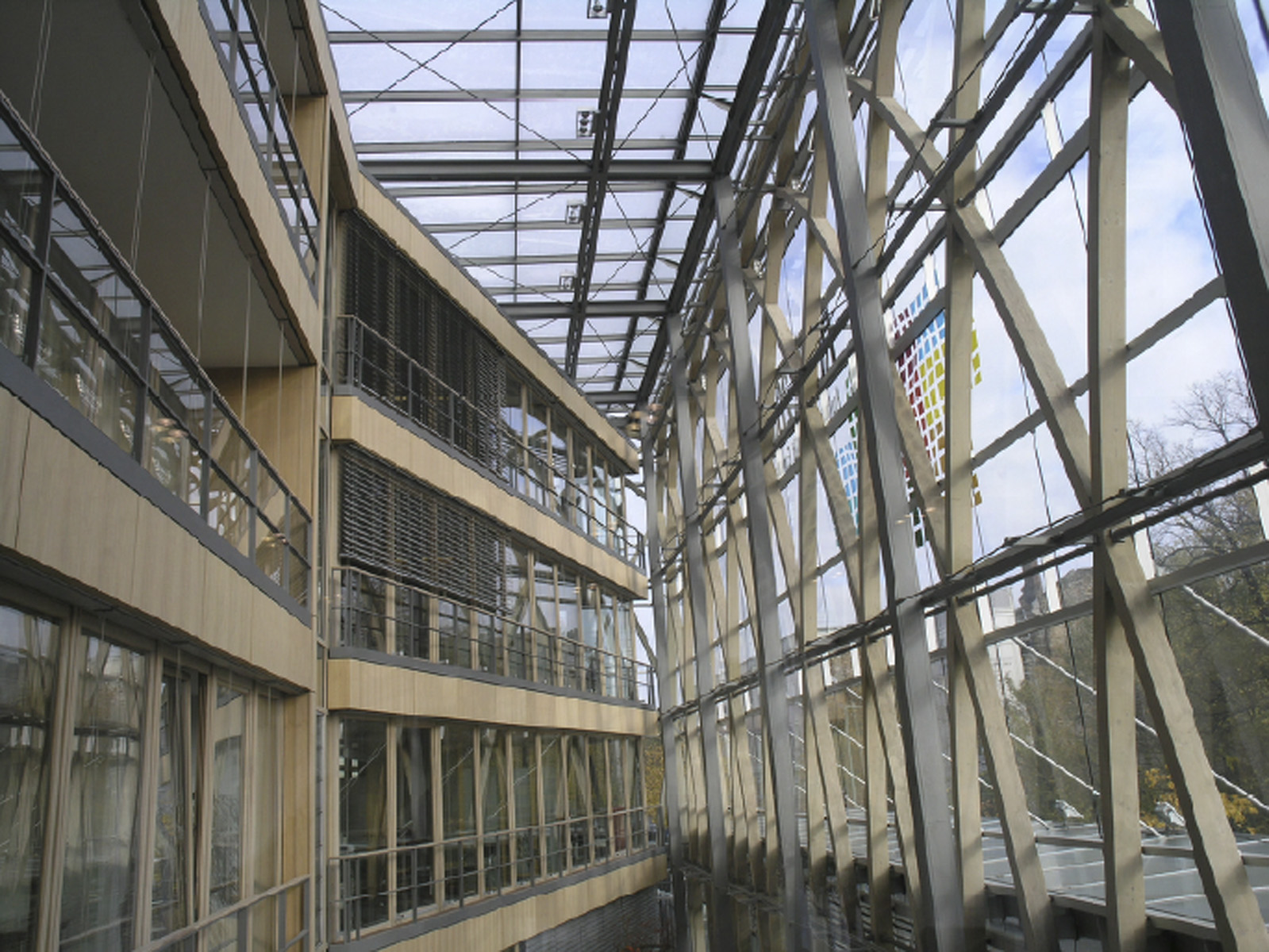