TIDE is an audiovisual  spatial composition within which sound and image are treated equally.
Based on 9 song-like sound sketches a mesh of links and constellations is woven in which both affiliates affect each other alternately.

The current relations between image and sound (e.g. film music, video clip, VJ&DJ) often exhaust their vocabulary by means of functionality and illustration. A mutual dramaturgy outside the omnipresent and ‘save’ practice of synchronizing image editing and the metric of sound can only scarcely be found in existing works.

In TIDE the common video format is divided and fanned out into the exhibition space by using customized, tableau like canvasses as screens. The visitor is invited to migrate around these splinters and experience various sights and spatial sound movements. Within the temporal course of the composition narrative centres appear at different locations of its spatial propagation, concentrate, spread, jump and disappear again. As sound and image operate in different dimensions the „sweet spot“ centred structure of the common audio-video format is suspended.

Completed during the residency at the Pact Zollverein Essen, second half of 2008.
UA 26.04.2009 – PactZollverein Essen
Funded by the Prime Minister of NRW. 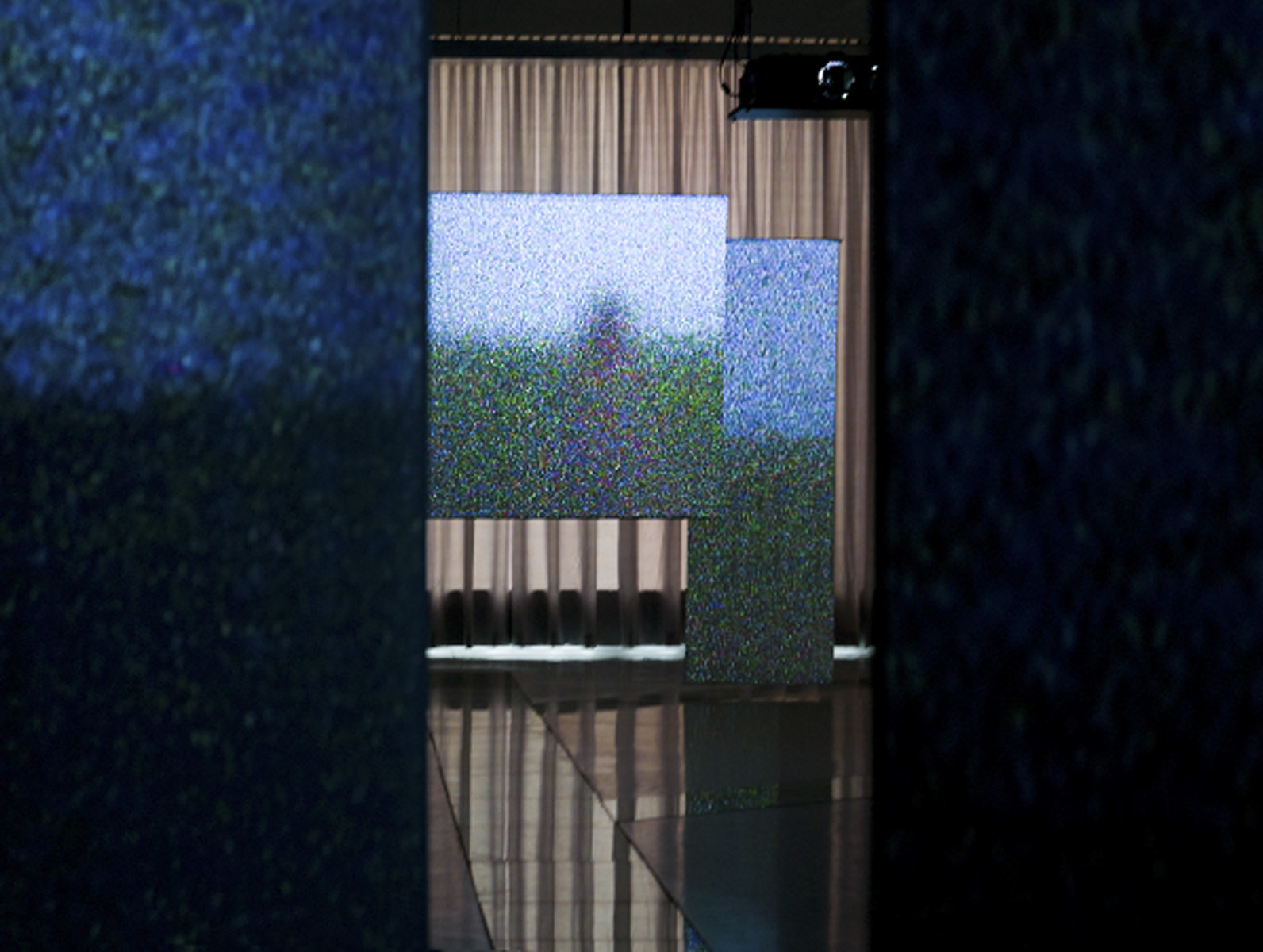 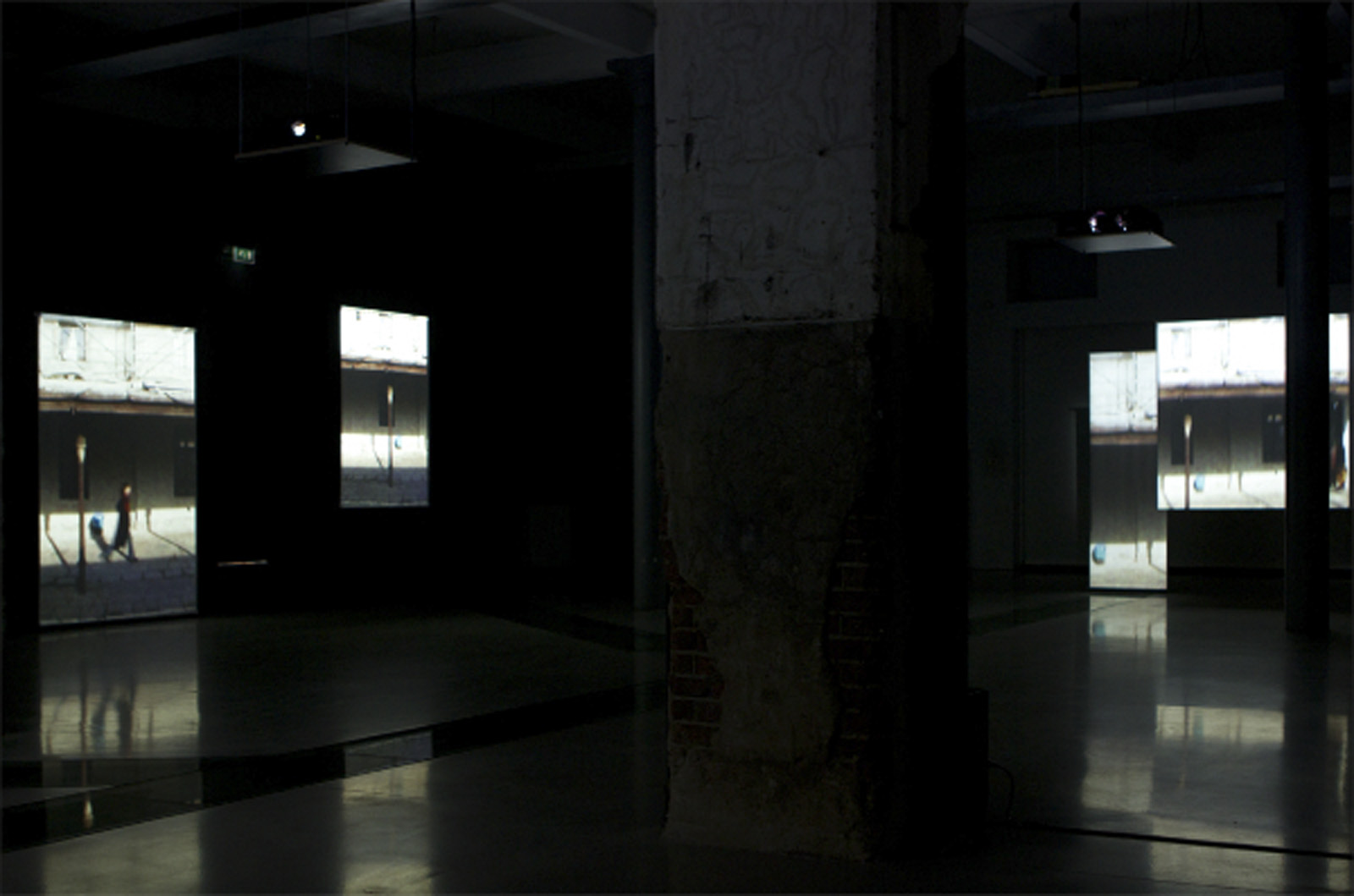 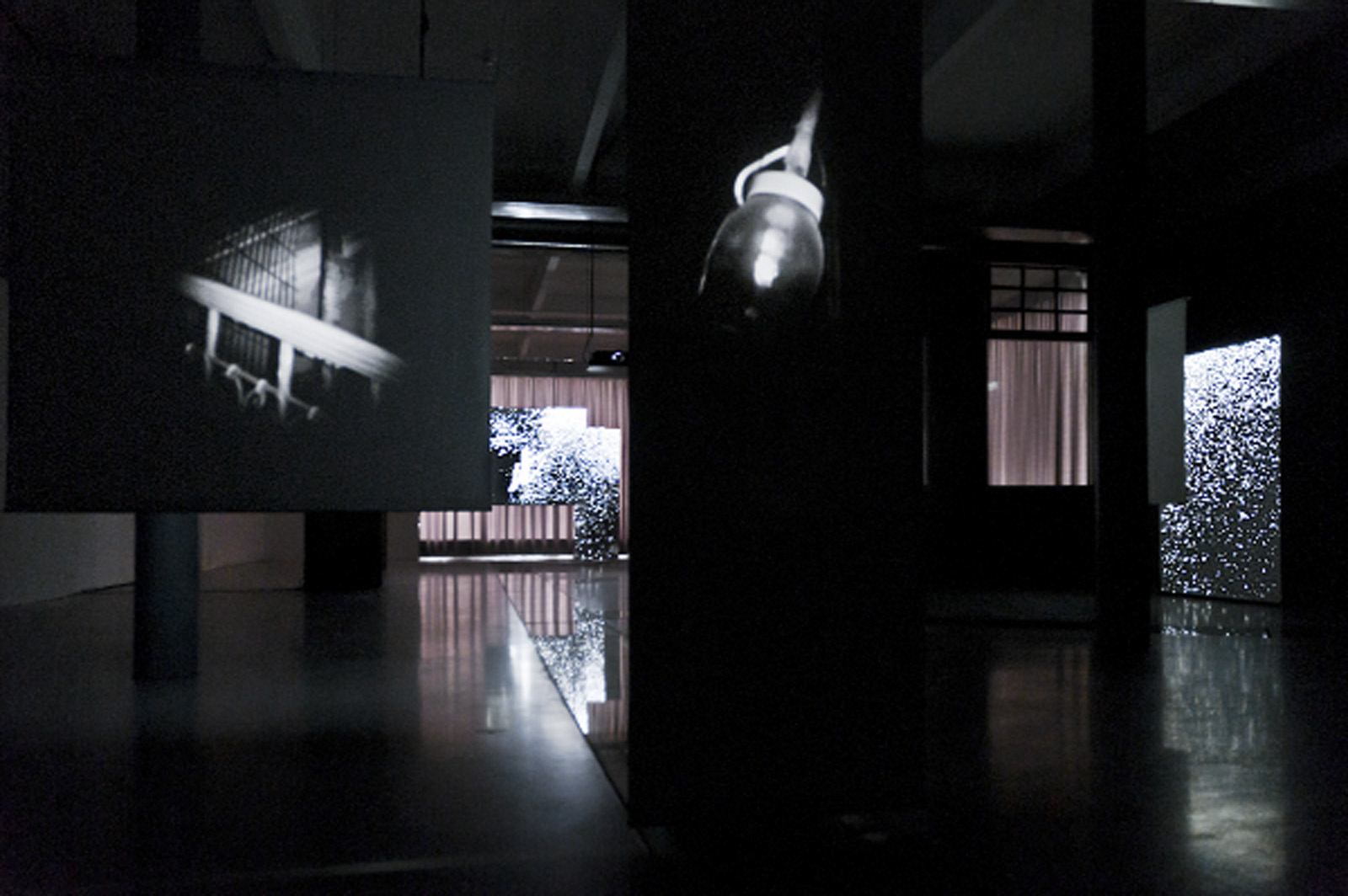 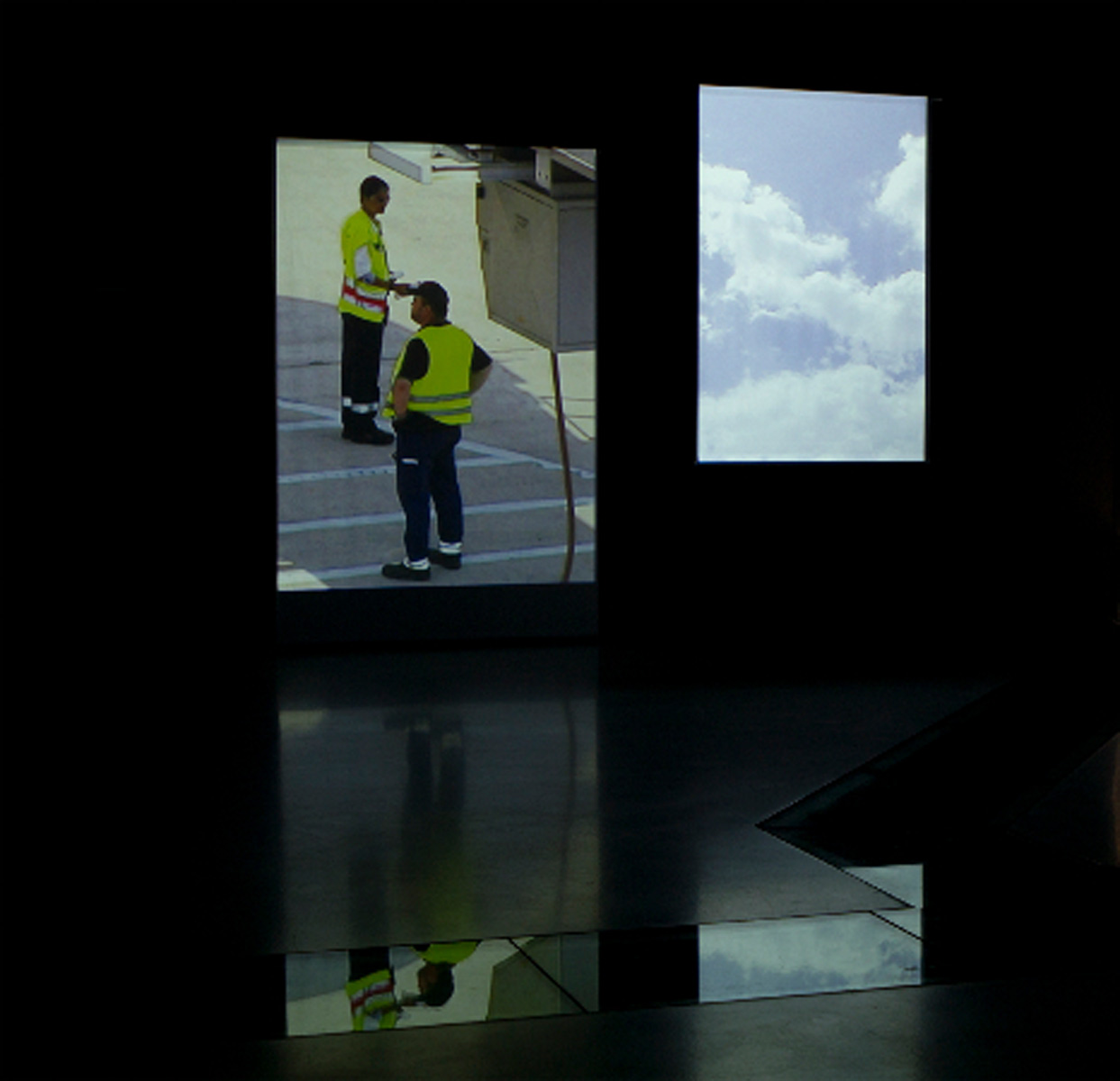