Two beamers project a blue monochrome surface into a corner of the room. Three speakers are positioned on the ground just in front of it. A series of composed sounds can be heard at different spots in the room for a certain time before fading away. There are crackling and crunching noises, giving one the impression that a surface is breaking under great pressure. The crackling becomes drowned out by a sound similar to breathing, puffing or wind. These spheres of sound disseminate and chase each other around the room, heavy and dominant, before becoming light and weak and dissolving into space. In the projected light in the corner white lines similar to jet trails begin to appear. Then they fade back into the monochrome blue of the projection. The white lines appear again but now there are more and they appear closely woven like spider webs or broken glass. A faint buzzing sound emanates from the speakers and at another point in the room, a swarm of cymbal sounds begin to spread. The sounds then fade into silence. Vibrating formations emerge in the projection. Lines appear in the blue light but they remain vague; the eye wants to make out shapes, but they are too loose and nondescript.

The audiovisual spatial composition Der Schlaf und die Betäubung depicts a distortion of perception. Audio and visual elements emerge in the room separately and detached as autonomous elements. The visitor experiences space and time woven with associative references and stories. There are known and unknown elements, foreign images, which create gaps in perception, which in turn, are filled with personal interpretations.
(Daniel Burkhardt und gksh)

Sound and image represent  two different domains in an increasingly catastrophic perceptual situation of the world. Our perceptual ‘channels’ are being over spread daily, forcibly stretched – for an even greater volume of audiovisual messages being produced and sent out through the media devices at ever faster rates and with increasing amplitudes. The force and quantity of these attacks create a constant state of nervousness. Always awake, meanwhile overwhelmed, always ready to accept the next scream of images and sounds, defenseless and relentless. The work deals with the two states of flight in which we elude these screams. It is about the slowing down of the processes of perception, the reduction on the gesture and what “is” told then. In these decelerated states, sound and image merge into something else,  a space where perception encounters something corporeal. There is no time in this place, only pervasive states. Images and sounds stored, shape in almost imperceptible interweaving into a presence, a counterpart, which comes in contact with and involves the visitor. Your own step has a surprising sound and relates to other sounds. Sometimes you throw a shadow on a picture, sometimes you do not. There may be an action, but being part of the story, the visitor or narrator is never certain and can change at any time. Most of all, it does not matter knowing this. Because the combination of sound and image has no place such as a screen or a building – except the space inside of us. (gksh) 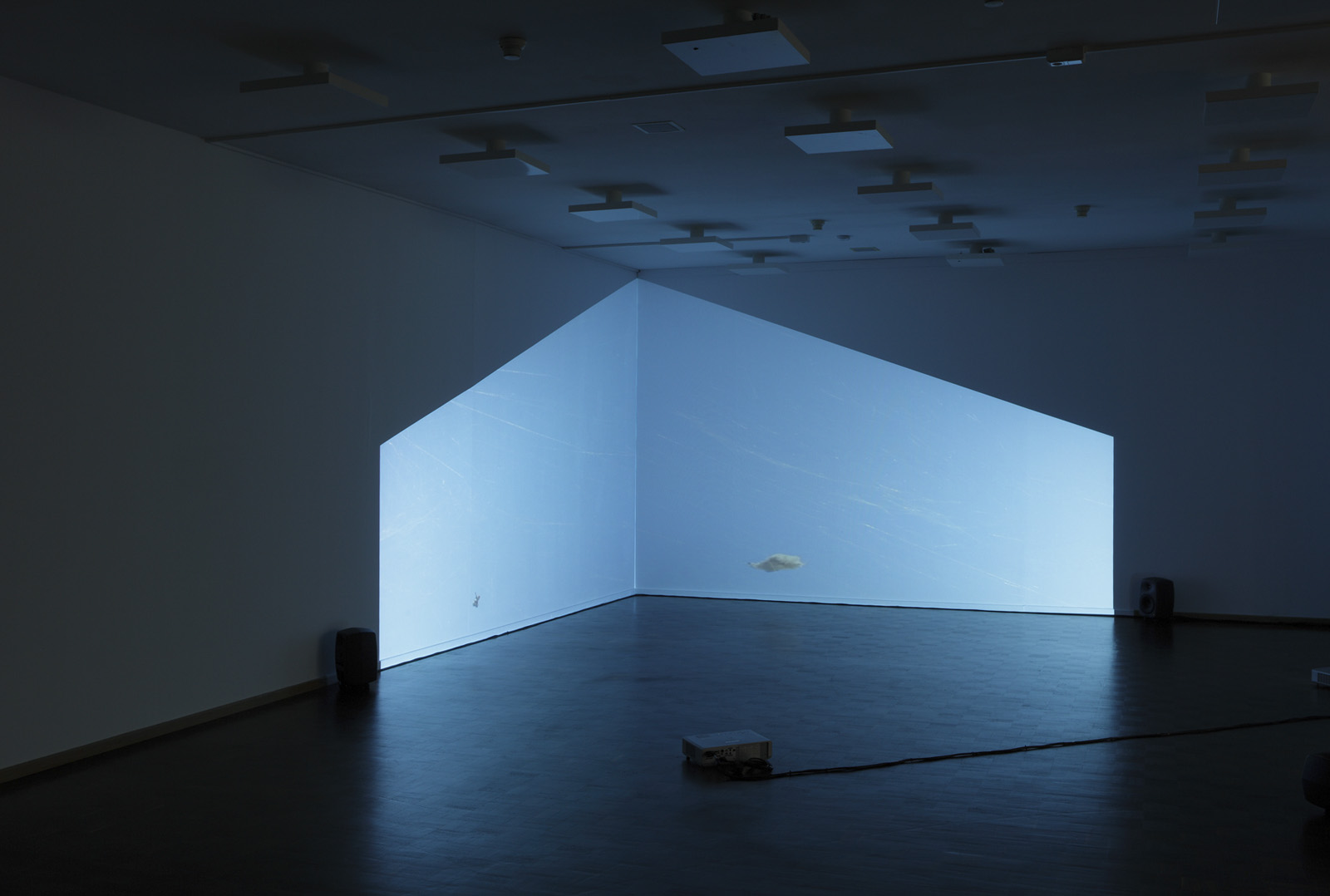 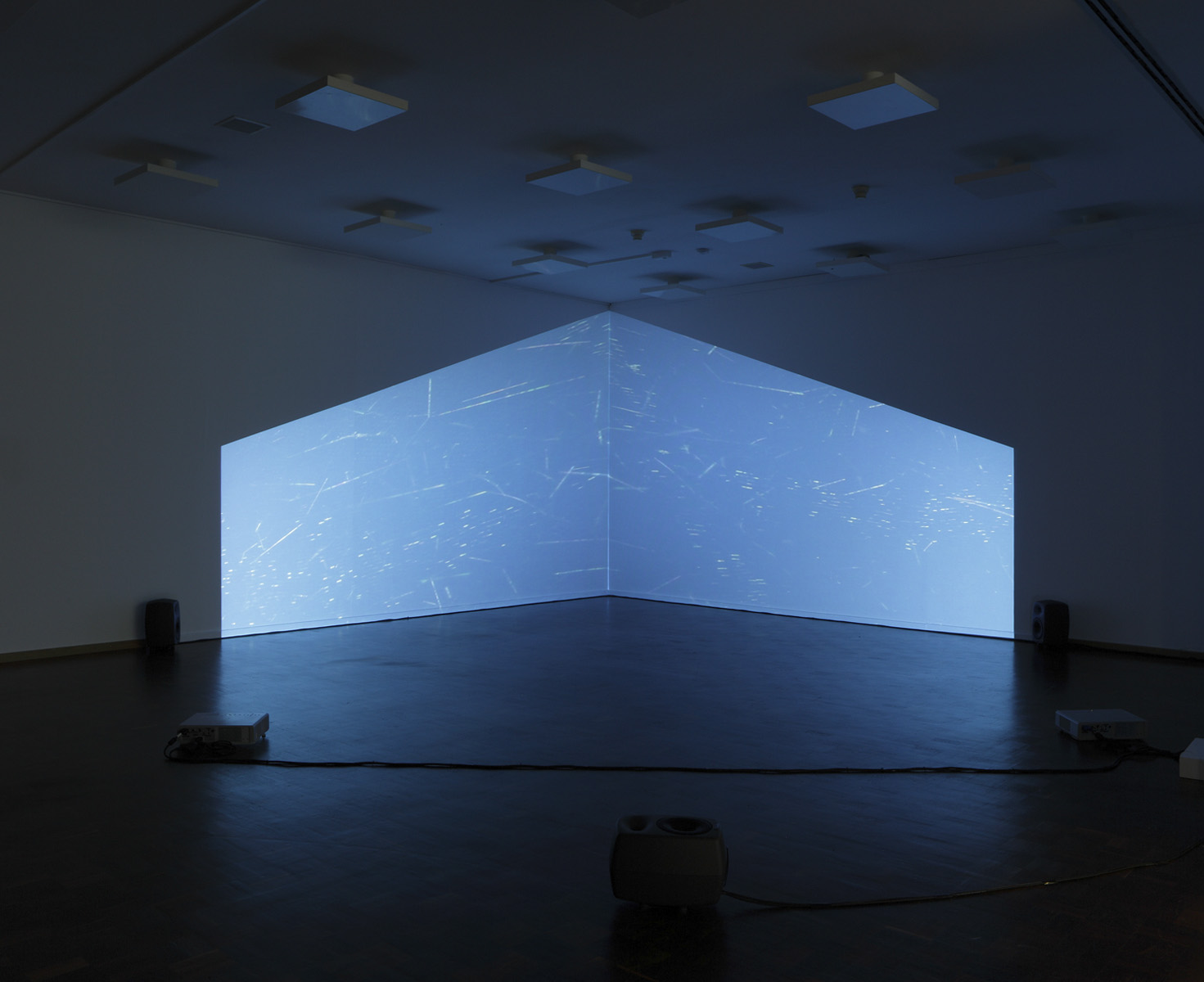 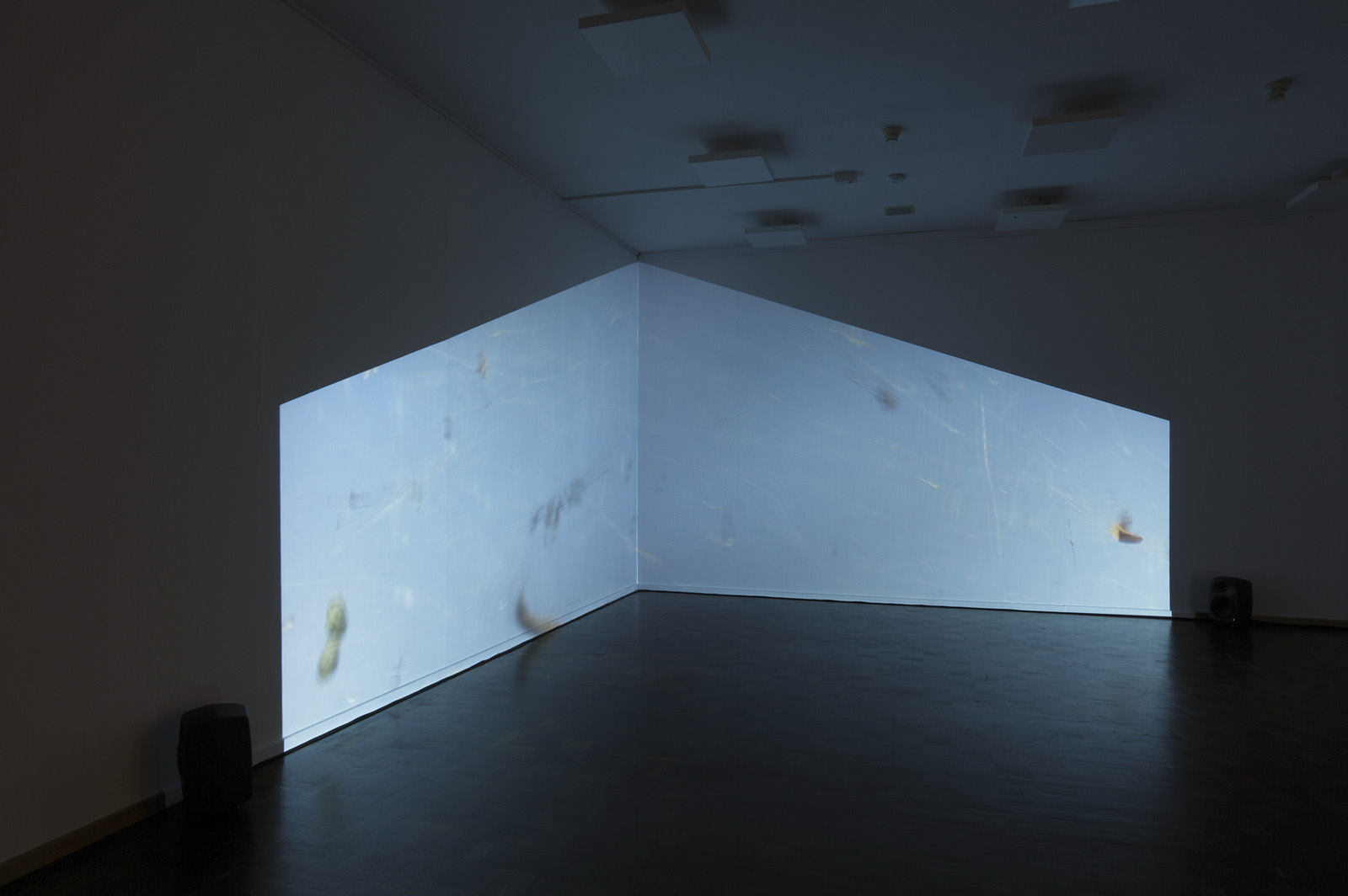